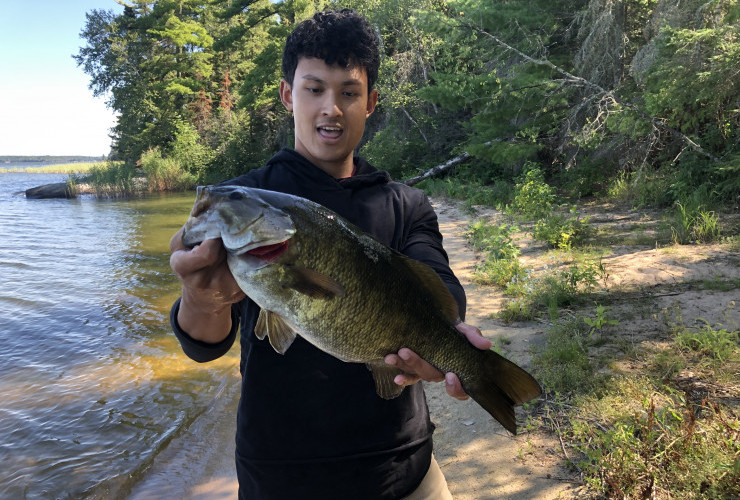 While his guide Troy was cooking shorelunch, Ben Eisenberg (McKinney, TX) casted off the shore and caught this huge 20 ½ inch smallmouth. It is the biggest smallmouth caught this season.

Crappies are being caught in both quantity and quality the past couple of weeks. Dwayne Gunter (Franklin, TN) & Phil Sobol (Nolensville, TN) had eight 14 inch crappies among their catch

Other nice catches are:

Recent Blog Posts
Current availability... Great value for a 2-night stay! UPDATE: you and your trip to Duck Bay Lodge Time on the water is what produces... Advantages of May & June fishing
Join Our Community