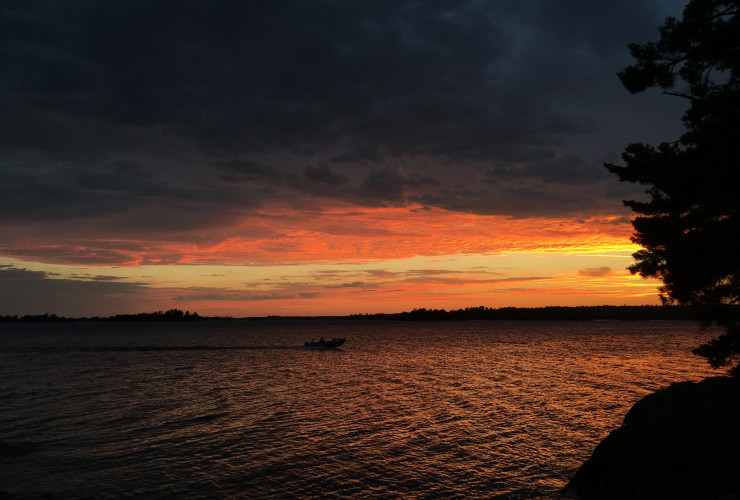 You don't get sunsets like this in the city!! We are so blessed with the natural beauty that surrounds us. Our weather has finally stabilized into beautiful summer days in the 70's and cooling nicely overnight into the 60's.

Last Friday Robert Van Cleaves had his greatest fishing day ever. His biggest northern pike was 43 inches, which beats out his father Brian's previous family record of 42 inches, and is also the Duck Bay record for the year. This was the last day of their annual fishing trip, so Robert has bragging rights for a whole year till they return to Duck Bay next August! In addition, he caught 40 inch, 37, 35, 31 and 30 inch northerns on the same day, plus a bunch of walleyes. Other nice fish caught this week are: